What Are We Really Paying for Genetically Modified Food? 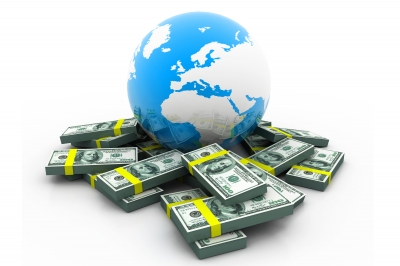 There is the science of GMOs, there is the fear and hysteria over GMOs but where are the numbers on GMOs? In other words, what does it cost us to delay or forgo the adoption of this technology?

Consider this: according to World Bank estimates ,the Maternal Mortality Rate in India is 200 (MMR is the number of women who die during pregnancy or childbirth per 100, 000 live births). Compare this to China (21) or Germany (7) and clearly there is a long way to go. One of the main causes of a high maternal mortality rate is iron deficiency anemia. Yet the possibility of bringing fortified bananas ,developed in Australia, to Indian consumers to address this issue was blocked by anti-GMO groups.Here was the possibility of improving health outcomes,  not only  at birth, but in the life cycle ahead as children born to anemic mothers are more prone to stunting. The number of lives lost/negatively impacted by this blockade is not going to be a small one.

While we do not have exact numbers for that story, a recent study has looked into the actual cost of the delay in making Golden Rice available in India .  The study looks at the perceived costs of adopting Golden Rice ,and  how raising doubts about the benefits makes these perceived costs larger and the ultimate cost to the country. In this case, the opposition to Golden Rice and delay in its availability to those suffering from Vitamin A deficiency was estimated at  1.4 million life years over the past decade. The paper can be read in its entirety here.

From another perspective, here is a study which calculates the impact of foregoing growing GM crops like corn, soybean and canola. The yields for these crops would fall, prices for these crops and their derivatives would be 5%-9% higher , prices of related cereals and oil seeds would also be higher by 3%-4%.

This is merely a pointer to the issue at hand and I would like to emphasize that the studies should be read in full to understand that there is a real cost to delaying or opting out of adoption of GM technology. It is, of course, much easier to go the “GMOs kill Butterflies” route than actually follow the data and the equations: one reason why talking about the food system is so fraught!

2 responses to “What Are We Really Paying for Genetically Modified Food?”