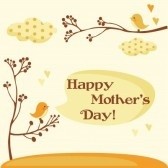 Flowers are traditional, yes, but this Mother’s Day I am thinking about bananas. Specifically, the plan to grow iron fortified bananas in India.This plan, predictably, is being met with resistance in some quarters. But, first, some background: India is the world’s largest producer of  bananas and almost all of it is consumed domestically. India also has a very high incidence of anemia. The India Human Development Report 2011 noted that approximately 55-35% of women in the age group 15-49 were anemic and this number had increased  by 3% from 1998-99.  Anemia in pregnant women increases the possibility of pre-term or low birth rate babies. It also implies less than optimal development in utero which means that the physical and mental development of  a new generation is impaired and the cycle of poor health outcomes continues. We also need to consider  a new variable in all of this: climate change.  It is predicted that climate change will have critical impact on maternal and new born health from adverse environmental consequences. It would make sense, therefore, to give special attention to improving maternal health before the worst of the crisis is here.

Given this scenario it makes sense that the Indian government has approved a project for the transfer of technology from Australia to grow iron and nutrient fortified bananas. Bananas, grown locally and easily available, would be an ideal way to meet the nutrient needs of women suffering from anemia. And  where a busy mom pressed for time may not have time to prepare an iron-rich dish separately, she can always grab a banana on the go.

It has, however, been met, with resistance from groups that claim that the “indigenous biodiversity” which is supposedly sufficient for India’s nutritional needs will be “destroyed” and suspect a plot by dark forces to take over the banana domain in the country which is the biggest producer of the fruit. Well, if the indigenous bounty of nature would have been sufficient, we would not be facing these alarming  health statistics. Clearly, women’s diets still remain nutrient deficient and this needs to be addressed. The indigenous variety does not have the same iron content as the fortified one, of course, and none of these critics seem to have suggested any options for either increasing access to indigenous bananas or meeting the nutrient needs in any other way.

To understand the threat to biodiversity, I started researching banana cultivation and found that this is done by planting stem cuttings, so the possibility of threat to the native species is hard to discern. The other fear that this will result in “monocultures” is not a significant one because the most widely eaten banana on the planet is already the Cavendish, the kind familiar to us from grocery stores. In addition , some local varieties are grown in several countries but one variety of banana seems to be dominant already. The technique to fortify bananas already exists and we can speculate that the time taken to bring the fruit to the market would not be that long, so that some improvement in health outcomes might be expected despite the expected adverse impact of climate change in the coming years.

Along with the adoption of fortified bananas,efforts should also be made to revive indigenous iron rich crops which have been overshadowed in recent years.This is not an either/or situation, we can and should take advantage of all the solutions available to us. Certainly we need to protect biodiversity but we cannot overlook the health of mothers and children which will determine how strong our next generation will be. An interesting example in this regard is that of Uganda: faced with banana wilt which was destroying crops and could have resulted in the abandoning of banana cultivation, scientists have developed a variety with a sweet pepper gene which stays can combat banana wilt. Better a GM banana than none at all in a country which prides itself on its banana tradition.

Just like biotechnology, the celebration of Mother’s Day in India in recent years is sometimes criticized  as a western import, alien to indigenous traditions. So it is fitting that my wish for all the moms on this Mother’s Day is that India does grow fortified bananas and we have healthier moms and babies in the future.

2 responses to “Bananas for Mother’s Day”