The Scent of Bitter Almonds 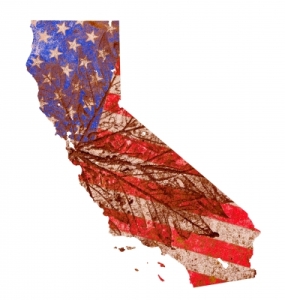 “It was inevitable:  the scent of bitter almonds always reminded him of the fate of unrequited love.”- Gabriel Garcia Marquez.

The drought in California is bringing to us a preview of what we could be facing regularly in the near future: water scarcity. The response to the water crisis aimed at cutting down water  use has been criticized for going easy on agriculture , which is the largest consumer of water in the state.  Some argue, though, that farmers have been receiving less water already and were forced to leave 400,000 acres unplanted last year as they would not have enough water to sustain the crops. And while the drought may be forcing the issue of water use to public regard for the first time, water scarcity has been a reality for farmers over the years, compensated by the largely ignored method of ground water pumping.

Well, who is to blame for this? It was suggested that the state should tell farmers to stop planting water guzzling crops (like almonds) and turn to less water intensive crops like tomato. And all of a sudden, almonds became the poster crop of bad water use. But why did this happen? Was it simply an  error of judgement on the part of the farmers? No, this almond rush was catalyzed by the information about the impressive health benefits of almonds that flows out in the media every day. Suddenly all of us are eating more almonds or drinking almond milk, and this is not just in the  U,S but also around the world (California provides about 80% of the world’s almond supply). This means huge profits to almonds growers and in turn, good revenues for California and the nation. And while everything was going well, no one complained about too many almonds, so allegations of “water abuse” by nut farmers do sound a little unfair. Faced with other crop failures due to lack of water, farmers may actually be motivated to turn to almond farming now because of the high value of the product in the market.

Or, they could turn to alfalfa, a crop which many of us may not have given much thought to in the past, but which, we now learn, is in high demand in countries like China and the UAE. It is grown for forage using the water resources already under pressure in Arizona and California and being shipped abroad. In 2012, 50 billion gallons of water were exported to China, virtual water embedded in the alfalfa that would feed animals in that country.  But we too have been consuming virtual water from elsewhere: embedded in the asparagus we demand in winter or the avocados that we need all year round.

So, what solutions are possible? As noted, it has been suggested that farmers grow crops that require less water, so that water use in agriculture is more efficient. Could the answer also lie in a sensible shift in our eating patterns? Yes, almonds are good for us, but we could also choose other healthy options, and asparagus are delicious but we can wait for spring instead of having them shipped over and contributing to the depletion of resources in another country. Every few years a new “superfood” is announced when , in reality, there is nothing of the sort. Choosing a plant rich diet with moderate portion size would be a useful tip for a healthy life. Eat kale, almonds, coconut oil, all the good stuff but in a reasonable way. Sometimes too much love can be as bitter as unrequited feelings. We will have to learn to love almonds a little less.