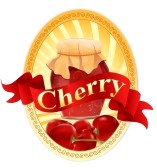 I watched the GMO labeling debate closely in California and cheered when the proposition was defeated there. But when I read the arguments from the pro-labeling side,(based mostly on misinformation and unsubstantiated fears) I began to think that blocking labeling is perhaps not the best strategy. GMO foods, it has been proven, again and again, are  safe for human consumption. The pro-label lobby has therefore, framed the debate in terms of the “consumer’s right to know what is in their food”. It is hard to make the case that the consumer should not know/does not need to know what is in their food and so, blocking labeling makes it seem like the producers of food containing GM ingredients are hiding something. One would like to ask the question: how would knowing this be useful to the consumer anyway? If they do not want to purchase GMO products, there is already a label for them: it says “organic” or that fascinating mystery term, “natural” which many seem to rely on.

It is important to remember that this debate is being played out in parts of the world that have the luxury to debate about food. In other areas, where people are going hungry every day, children are malnourished and suffering from dietary deficiencies, food on the table is a survival issue. Biotechnology offers a way to combat global hunger. By  blocking labeling and letting the “there is something to hide” misinformation gain ground, we are denying choices precisely to those who are most vulnerable. If we continue to block labeling, the ultimate aim of the anti-GM lobby; to take biotechnology out of the options forever, would be achieved and this would be a disaster in the struggle to deal with hunger and malnutrition.

Instead, imagine a situation where the labeling issue is actively owned by those seeking to make sure the benefits of GM foods actually reach the public. Companies need to proactively steer the labeling issue in a positive direction: uniform labels for the whole country so that the same chaotic battles do not have to be fought over and over again in each state, providing more opportunities for spreading misinformation. The actual words on the label are crucial and that should not be dictated by the naysayers. Ideally, I would propose :”This product contains GM ingredients which have been more rigorously tested than most products in your grocery store. They are produced using less pesticides and so are better for the farmers who grow them and our planet. They are also fortified with Vitamin A (for example) which will prevent blindness and death in millions of children.” But that is a dream and in the real world, companies will have to work hard to merely ensure that negativity is minimized.

In purely economic terms, there is a far bigger market out there as measured by currently undernourished/malnourished people than the few who might switch from buying products post labeling. And, most important to remember, the one piece of information on the label which seals the deal for a consumer on a budget is the price.If there is an initial cost increase involved, companies need to refrain from passing that on immediately to the consumer. Instead, let them read the label, see the price, compare it to the high priced organic option and make their decision.

You can read more on both sides of this here and here.